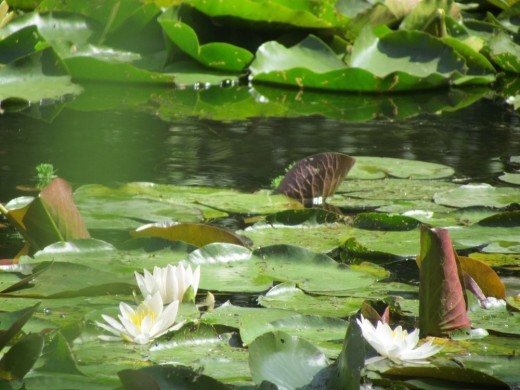 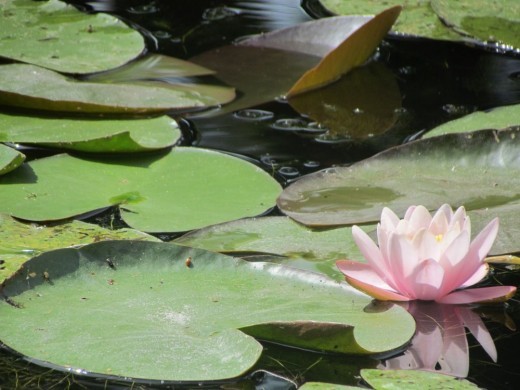 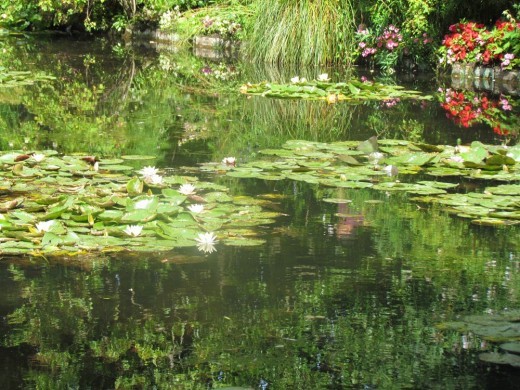 Talk : A Site for Sight, Monet in his garden at Giverny

Every morning, a gardener would boat around the pond next to Claude Monet’s house in Giverny, meticulously cleaning water lilies that had collected soot from passing trains. The master insisted that, when he got out in his boat in the morning, the water lilies would be pristine. 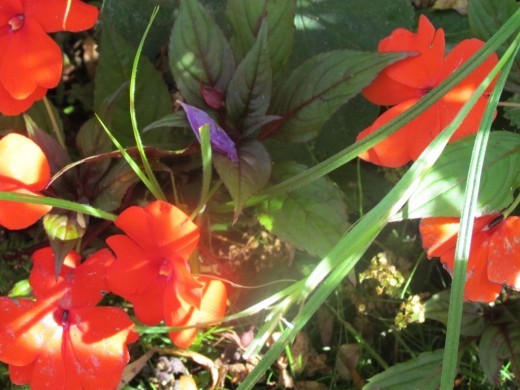 Monet moved to Giverny, a village along the Seine about 46 miles to the west of Paris, in 1883. Here, he designed a pond, redesigned much of the garden and, most famously, created those paintings of water lilies, flower beds and the Japanese footbridge. However, many of these later works do not fit the classic definition of Impressionism. Monet’s technique underwent an enormous change while at Giverny. Impressionism, a style of painting that originated in France in the 1870s, is characterized by small brush strokes aimed at reproducing reflected light and, more important, the artist’s visual « impression » of an immediate scene (usually outdoors). Monet is considered one of the founders of the style.

But at Giverny, Monet’s work increasingly begins to reflect his memory and emotions, rather than an impression of a transitory scene. Monet’s painting style also became more « physical »: The minute brushstrokes of his earlier work give way to broader brushstrokes. If the 1870s were about wrist movements …, the 1920s were about body gestures. Along with the more « physical » motion of the brush, Monet’s canvases grew larger, requiring more physical movement on the part of the viewer. Monet created the Grandes Décorations (1918-1926) – sweeping, large-scale paintings of light and images reflected in his lily pond – on panels more than 6 feet high and 9 feet wide. The paintings were intended to surround viewers, who would have to walk around a gallery to look at them.

Monet felt more liberated to experiment with technique ­to use larger canvases and rely less on constantly checking a motif ­ because, in his garden, he could control nature. Here, a motif was not the result of an accident but, rather, the result of deliberate organization: Monet designed the flower beds and coordinated the colors. When a white lily petal was soiled by soot, it was wiped clean. The garden was planted in light of paintings not yet painted, and paintings took on a kind of audacity in light of the fact that they were responding to a garden that had already been organized. So you get this kind of reciprocal relationship between gardening and painting. Monet ranged more widely with his technical experimentation than when he was facing the chaos of what we may call raw nature. In this way, the garden was more than a subject, but it was a site ­ a site for a specific way of seeing and, finally, a specific way of painting.

For Monet, the garden was a living still life that freed him to plumb the depths of his memory and emotions, rather than simply record his « impression » of a scene. In the same way, the series of hut-shaped haystacks Monet painted between 1890 and 1891 were, by roughly the same definition, still lifes. The hay would remain in the same form day after day. Here, we find Monet daring to experiment with color and technique in new ways. 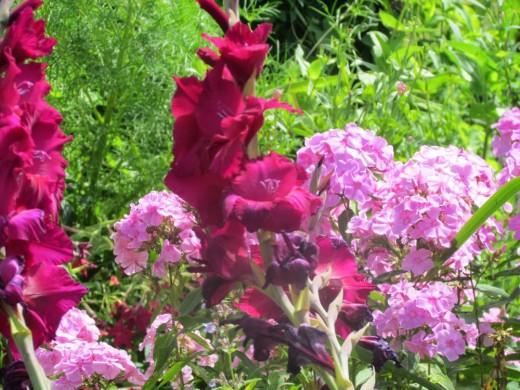 Monet no longer feels that he has to pack the image with perceptual data so as to maximize the effect of our ‘instant of recognition. A new kind of duration develops in these pictures over a series of canvases. Memory, rethinking, double-backing and moving through space all become part of the act of seeing. Similarly, when working on the series of paintings of the Rouen cathedral between 1892 and 1894, Monet could improvise with his painting technique, using as his motif the unchanging façade of the church.

In 1912, Monet was diagnosed with a cataract in his right eye. Eventually, cataracts affected both eyes. The painter’s failing vision pushed him even more in the direction of depicting memory and emotion. Monet’s later paintings of the weeping willow, the wisteria and the Japanese footbridge, among other denizens of his garden, should not be considered geographical landmarks. Rather, they reflect the complex of sensations and memories left over – what we take away –when we visit the garden. 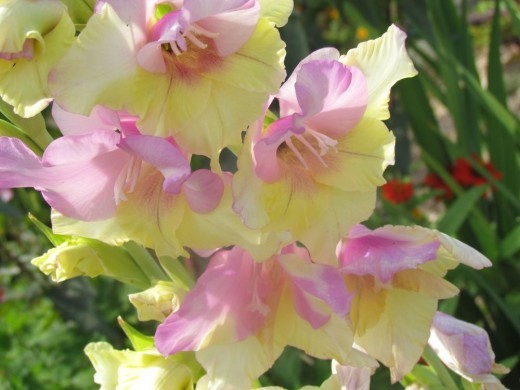 Many of these later paintings verge on the abstract, with colors bleeding into each other and a lack of rational shape and perspective. For example, « The House Seen from the Rose Garden, 1922-1924, » is an explosion of orange, yellow and red hues, but leaves the reader barely able to discern the vague shape of the house in the background. Monet’s diminished sight opened up a new vista for his art, one in which memory and the unseen play a more important role than the perceptions of direct experience.

In a certain sense, we must learn to see these last pictures of his garden at Giverny not as increasingly confused by his inability to see clearly, but as pictures in which Monet’s memory traces of the site he had planted and tended and lived with so long – the paths, the plants and the waterways of his garden – came to replace the ever more fragile images of his failing eye.